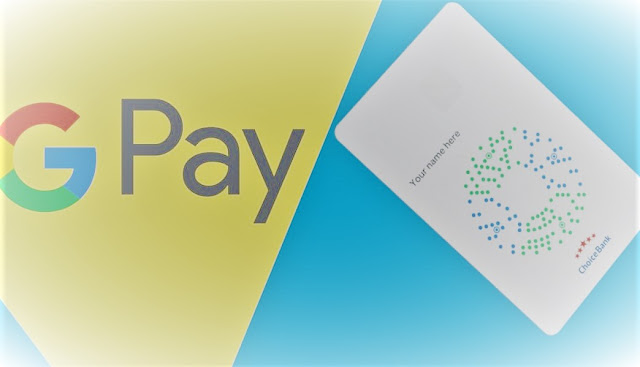 Apple announced the Apple card in March last year. Huawei introduced its Physical Pay Minutes card last week. Now, according to a report, Google is also announcing its physical payments card. The exact name of this card is not yet known, but it can be called Google Card till its announcement.
Apple Card is a credit card offered by the company in conjunction with MasterCard and Goldman Sachs.
In contrast, the Google Card will be a debit card, which Google will offer with different banks. They will also include the Stanford Federal Credit Union and CITI.
The Google Card can be used for purchase at retail stores and will also support contactless pay minutes. There will also be a virtual version of this card that will be used for Bluetooth mobile pay minutes. It will also have a virtual card number that can be used to make online purchases.

This self-reporting website can track the spread of corona and other diseases in Pakistan.

Corona virus cases are spreading all over Pakistan too. In this situation, various companies and research institutes are also voluntarily engaged in their own efforts to prevent its spread so that they can create a platform that will help the government of Pakistan overcome the Corona virus. The latest developments that have come to light on this occasion are Covid-19 Map Pakistan.
This platform was developed by Codematics, a Pakistani IT company. The platform will identify areas where the Corona virus is more prone to the spread of the Corona virus, and the government can be very useful in taking timely, appropriate and effective steps for Pakistan.
Quod-19 Map Pakistan is a self-reporting website where anyone can reveal their health without being identified.


This website shows the data of all the people who submit their health reports in the form of colored dot on the map of Pakistan. The more people report their health, the more dots you'll see on the map. These different dotted dots indicate healthy, sick, Cod-19 symptoms, Cod-19 confirmed patients, and Cod-19 symptoms.
And you can find out about the health of the people by clicking on any area, city or place on the map.
This is a good step because we are confronted by an enemy that is wreaking havoc all over the world. Nor do we have the means to test every man. But in this age of technology, these platforms can be very helpful in detecting corona virus and making timely and cohesive decisions for the government of Pakistan. 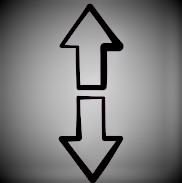 
This network shows the current status of the connection. This lets you see how many bytes of data are sent and how much is being received.
You can then switch to the network log. From this tab you can see applications that engage in some kind of Internet activity. From this app you can see to which IP the application is sending data. 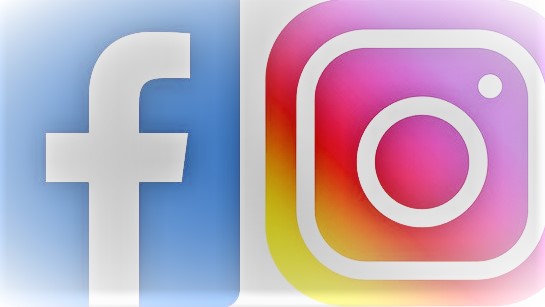 OnePlus promises that their next phone will be priced at less than $ 1000. OnePlus has fulfilled that promise by offering the new Pro version for $ 999, while the second configuration of this phone is $ 100 cheaper than it was. On the contrary, the OnePlus 8 will start at $ 700.
The two new models will be available for sale on the OnePlus website from April 29.
They will also be available for sale on Amazon and other major carriers in the US.

It is the largest display in the brand and the first with a 120 Hz refresh rate. It is a 10-bit panel with HDR10 + support.

The included MEMC feature can convert 24fps video to 120fps. For this big change Leone Plus has also optimized its software accordingly. Unlike previous models, this phone added a simple punch hole camera instead of a popup camera. The OnePlus 8 Pro is the first phone from the company to be IP68 certified.

For many years OnePlus has been saying that wireless charging technology is not ready to be introduced yet, but now the company has introduced Warp Carge 30 Wireless which can charge OnePlus 8 Pro at 30W.
It can charge up to 50% of the phone in just 30 minutes. Also it supports reverse charging. The phone's wire charging 30W Warp Charge 30T is also very fast. It can 0 to 50 in 23 minutes. This phone has 4510 mAh battery instead of 4000 mAh compared to the previous version.

The phone has 2 48 megapixel cameras, 1 telephoto and 1 assistant module.
The main camera of this phone has a 1.12µm pixel size and 1 / 1.4 "inch Sony IMX689 sensor with 2.24m pixel bundling. It has omni-directional autofocus feature for all pixels.
The new feature of this phone is 4K video recording at 60fps from Single Shot 3-HDR. It can take up to three exposures at once and greatly increase the dynamic range. This camera uses a mix of optical and electronic image stabilization. Can

The second 48-megapixel camera of this phone is a 120-degree wide angle lens. The third camera of this phone is an 8-megapixel telephoto module. The sensor has a 1.0.0 m pixel size aperture f / 2.4 and it supports OIS. The fourth module of the phone is a brand new color filter camera that helps in rendering many color effects.
OnePlus Pro 8 has Snapdragon 865 chip set.
The LPDDR5 RAM has increased its performance by 30% and consumes 20% less power than the OnePlus 7. This phone has UFS 3.0 type storage.
The phone with Wi-Fi support has WiFi 6 with a speed of 9.6Gbps. It is faster than the 7.5Gbps FIVE G modem over the mmWave connection.
The OnePlus 8 Pro 8GB / 128GB storage model is priced at $ 899/799 pounds and the 12GB / 256GB model is priced at $ 999 or £ 899.
It will be available in Ultra Marine Blue, Glacial Green and Onyx Black colors.

The OnePlus 8 has a 6.55-inch screen, with a resolution of 1080p + and a refresh rate of 90Hz. It's not the same as the OnePlus 7T panel. It's a bit sloppy and has a punch hole for the selfie camera instead of a notch. This screen supports HDR10 +.
This phone's 48 megapixel main camera has the old IMS 586 sensor, meaning it doesn't have Omni Directional Auto Focus.

Its pixel size is also small, about 0.8µm. It also supports pixel binning and has a mix of OIS + EIS support.
The second camera of this phone is 16 megapixel wide angle (116 degrees). The phone also has a 2 megapixel macro camera. It doesn't have a telephoto camera, but the 48-megapixel sensor offers double zoom through the crop.
The phone has a 4300mAh battery, which provides 13 percent more capacity than the 7T.
It supports Warp Charge 30T over USB-C. It can charge up to 50% in 22 minutes. This phone does not support wireless charging.

Like the Pro model, this phone also has Snapdragon 865 chip set. It has also been offered with 8 GB RAM / 128 GB storage and 12 GB RAM / 256 GB storage option. This phone has a slightly slower LPDDR4 X RAM than the previous phone.

This phone supports 5G and WiFi 6. Verizon has introduced a special version of this phone, which has a high speed mmWave.
Both models of the phone have an under-display fingerprint reader. Both support Dolby Atmos with stereo speakers.
The OnePlus 8 basic model will cost $ 700 or £ 599, and the upgraded storage model will cost $ 800/699 pounds.

The phone will be offered in Interstellar Glow, Glacial Green and Onyx Black colors. A special Polar Silver color will also be offered for Verizon.

April 26, 2020
ISLAMABAD: Secretary Australian Football League of Sindh Pervez Ahmed Sheikh has said that Sindh team will perform brilliantly in the Australian Pakistan Football Super League. He expressed these views while talking to the media yesterday. He said that new young players have been added to the Sindh team and these players have worked hard during the 15-day training camp under the supervision of coaches Zaheeruddin Magsi and Ashfaq Ahmed and it is hoped that the players of the team will be the first in the event. Will perform brilliantly.
He said that the team was selected on the basis of merit by the selection committee and Hameed Shah was the chairman of the selection committee while other members included Khurram Rafi, Ahmad Nawaz, Syed Muhammad Nadeem and Zahid Baloch and the team was selected in consultation with him. Is.

April 23, 2020
Google has finally added the AR (Augmented Reality Walking Direction) feature to Google Maps. Google LiveView, now launched as a beta feature, will allow Google Maps users to view directions on the Google Maps screen. With AR technology, Google Maps will now show you the way to the screen based on the smartphone's camera and data.


Users who have this feature enabled will be able to see the Start AR button in walking mode. Tapping on it will allow the Live View feature to match Street View images to the surrounding environment. Users will then be guided by arrows. This also means that this feature will only be available in areas where Google has already enabled the Street View feature.


Customers using this feature must also have AR Kit installed on their smartphones. It's called ARKit for Android users and ARCore for iPhone users.
Another change from Google Maps is the introduction of hotel and flight reservation features in the Google app itself. These features will gradually be …
Post a comment
Read more