April 23, 2020
Asad Shafiq, a middle-order batsman in Pakistan's Test team, has addressed former fast bowler Shoaib Akhtar and said that if he had not been brave, how could he have scored Test centuries in South Africa, Australia and England. 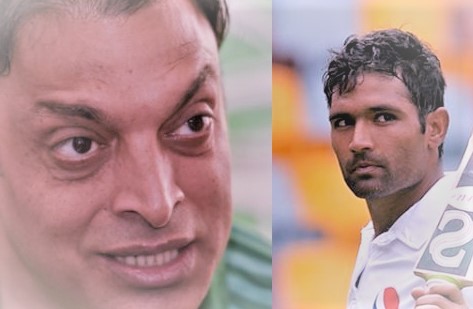 Asad Shafiq's reaction came in the Pakistan Cricket Board's video link conversation on Wednesday when he was asked that former fast bowler Shoaib Akhtar had said about him that "you are not brave."

In response, Asad Shafiq said he did not need to justify to anyone whether he was brave or not.

Asad Shafiq must have admitted that even after playing international cricket for ten years, he has not been able to reach where he should have been in his career.

During his talk, the right-handed batsman said that there were some circumstances due to which he could not achieve a high position but he is still confident that he can reach this position by making full use of his skills and abilities. Are

He dismissed the notion that there was a mental barrier in his path, saying "there is no mental block." He said he had learned a lot in the last two and a half years.

Also read
Cool-tempered batsman, of course, but my captaincy is not cool: Azhar Ali

Danish Kaneria became a victim of religious bigotry in the dressing room?

Bowling spells of Test cricket that can never be forgotten


Asad Shafiq also participated in the video link talk of Pakistan Cricket Board
Asad Shafiq says that the situation was different when he was playing with Misbah-ul-Haq and Younis Khan and now the situation is different. He said that this will help him to become a better batsman and he will be able to use his experience to go one step further.

He is currently ranked 17th in the list of top batsmen in the ICC World Test rankings.

Asad Shafiq says that Misbah-ul-Haq and Younis Khan guided him all the time and he also tried to learn a lot from both of them. According to him, now is the time for him to take his game forward.

Advantage or disadvantage of batting at number six?
Asad Shafiq says that in his career he has mostly batted at number six where it is very difficult to play big innings.

"You have limited opportunities. That's why if you look at the record of the number six batsman, no one has 18 or 20 centuries like the top number batsmen."

Asad Shafiq says that he thought that if he got a chance to bat at the top, he would be able to perform better. "Any batsman's career is known by big innings."


Asad Shafiq admitted that he would have to increase the rate of conversion of half a century to a century and pay more attention to it. He has admitted that his performance in the last Test matches has not been so bad but it cannot be called top level performance.

Representing Pakistan in 74 Test matches, Asad Shafiq has scored 4593 runs at an average of 39, including 12 centuries and 27 half-centuries.

Asad Shafiq has batted sixth in 48 of the 74 Test matches of his career and has scored 3011 runs with the help of 9 centuries and 15 half centuries.

After Misbah-ul-Haq's retirement, his performance graph has come down, which can be gauged from the fact that he has managed to score only 2 centuries in 18 Test matches under the captaincy of Sarfraz Ahmed and Azhar Ali. 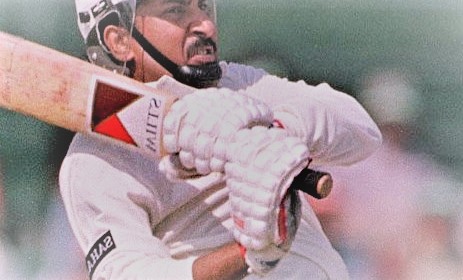 On the other hand, former cricketers Inzamam-ul-Haq and Thaqleen Mushtaq, who played with him, have also released videos in favor of the former captain and endorsed his position.

In a video message released to the media on Wednesday, Saleem Malik said that he was making the video because he had seen a few videos in which some former Test cricketers and sports anchor Dr Noman Niaz shot him. He expressed positive views about the game and said that Saleem Malik should get a second chance.

It may be recalled that Justice Malik Mohammad Qayyum Commission had recommended a life ban and a fine of Rs 1 million on Saleem Malik for his involvement in match-fixing in 2000, which was also implemented by the Pakistan Cricket Board.

In his recent video,Saleem Malik said that he was cleared by the court in 2008 but despite this, whenever he tried to come into coaching, his name was not considered and he wished that he would be a part of Pakistan cricket. Do not serve in any capacity and pass on your skills to young cricketers.


Saleem Malik also mentioned some cricketers who returned to the Pakistani cricket team after serving their sentences for match-fixing or spot-fixing or played domestic cricket and the Pakistan Super League, including Mohammad Amir, Salman Butt, Mohammad Asif and Sharjeel Khan. Included. However, according to Saleem Malik, he is the only cricketer who has been completely ignored.

It may be recalled that Saleem Malik had approached the Lahore High Court against his life ban and in October 2008, a civil court judge in Lahore, Malik Muhammad Altaf, had ordered the lifting of the ban imposed on him.

Off-spinner Thaqleen Mushtaq says that Saleem Malik has got a lot of friction so he asks Prime Minister Imran Khan and Pakistan Cricket Board Chairman Ehsan Mani to lift the ban on him and he should now participate in cricket. ۔

Thaqleen believes that whenever Saleem Malik is given a chance, he will fight for his life and serve cricket.

Former captain Inzamam-ul-Haq says Saleem Malik should be given a chance to play second innings as former India captain Azharuddin was given a similar ban but now he is the president of Hyderabad Deccan Cricket Association. ۔

According to the merger, the time of Saleem Malik has also passed and he should also be seen on the ground or on a TV channel.


Inzamam-ul-Haq says Saleem Malik has so much experience that he can share with young cricketers and coach. He prays to see Saleem Malik at the cricket ground again because what happened in the past is over now.

April 20, 2020
Google is now working on smart debit cards compared to Apple cards Apple announced the Apple card in March last year. Huawei introduced its Physical Pay Minutes card last week. Now, according to a report, Google is also announcing its physical payments card. The exact name of this card is not yet known, but it can be called Google Card till its announcement. Apple Card is a credit card offered by the company in conjunction with MasterCard and Goldman Sachs. In contrast, the Google Card will be a debit card, which Google will offer with different banks. They will also include the Stanford Federal Credit Union and CITI. The Google Card can be used for purchase at retail stores and will also support contactless pay minutes. There will also be a virtual version of this card that will be used for Bluetooth mobile pay minutes. It will also have a virtual card number that can be used to make online purchases. This self-reporting website can track the spread of corona and other dise
Post a comment
Read more